The Fort Mac LRA staff is dedicated to providing a vibrant new development within the footprint of the former Fort McPherson. 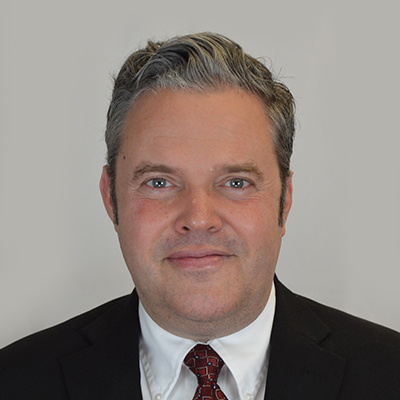 Mr. Burt is an urban planning and real estate professional with over twenty years of experience in matters related to real estate market analysis, economic development, and commercial and residential property development.  He has diverse experience in both the public and private sectors with a strong background in downtown redevelopment efforts.  He has created financial pro formas and investor packages for multiple mixed-use and adaptive re-use projects throughout the Southeast managed the development of commercial and residential properties and provided real estate market analysis for local governments as part of the planning process.

Early in his career, Mr. Burt worked for major commercial real estate firms, providing market analysis and writing real estate market studies for commercial properties. From 2000 to 2003, Mr. Burt was a Development Manager for Winter Properties.  In this role, he was responsible for overseeing the development of commercial and multi-family properties from the initial concept to completion.  In 2003, Mr. Burt founded Village Green Properties, development firm specializing in residential infill construction and the renovation of historic commercial buildings.  In 2006, Mr. Burt also began to provide real estate market analysis and economic development consulting services to a variety of local governments throughout the Southeast, working through Village Green and as a sub-consultant for other planning firms.

In January of 2019, Mr. Burt joined the staff of Fort Mac LRA as the Senior Director of Real Estate and since November 2019 he has served as the Executive Director of the organization. 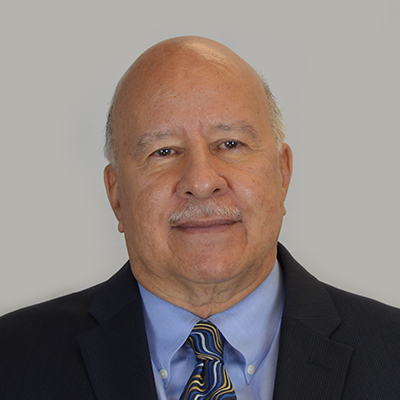 James R. Hayley, better known to the Atlanta Community as “Pete Hayley”, began his tenure as Program Management Consultant in 2015 for the McPherson Implementing Local Redevelopment Authority (Fort Mac LRA) at Fort McPherson, a 486 acre former military base closed by the Federal Government in 2004. Pete’s responsibility is to over-see the planning and development of approximately 123 acres remaining after the sale of 332 acres to the Tyler Perry Studios. At Fort Mac, Pete marries his love for real estate development with community revitalization, economic development and a natural gift for community engagement and consensus building.

Pete began his illustrious career as a Sales Manager and later, Associate Broker for a local real estate company where he managed operations, bought and sold residential properties and assessed, trained and monitored staff productivity. Several years later, Pete opened his own company, Real Estate Specialists Network (RESN) where he negotiated contracts for commercial and residential real estate sales and leasing, and acquired properties for public and private use. He managed the negotiations of acquisition contracts on behalf of the State of Georgia and facilitated the physical relocation of impacted residents for the Georgia Dome Project. He also managed land assemblage required for Olympic facilities and relocation of affected residents for the Metropolitan Atlanta Olympic Games Authority (MAOGA).

In 1996, Pete joined the staff of the Atlanta Economic Development Corporation, now known as Invest Atlanta. There he assisted the inner city neighborhoods of Atlanta with implementing economic development visions for their respective communities and creating strategies for public/private partnerships. He also assisted with commercial development strategies and worked with neighborhood community corporations to redevelop neighborhood residential units. While at AEDC he served as Project Manager for the Historic Westside Village, a $140 million dollar mixed use development, bringing the first major grocery store to the location. Pete also worked with the Metropolitan Atlanta Rapid Transit Authority (MARTA) to create plans for transit oriented development initiatives, marketed the City of Atlanta to attract new businesses to commercial corridors and assisted with the expansion of an existing Tax Allocation District (TAD) and the creation of a new TAD.

In 2002, Pete was recruited to lead the University Community Development Corporation, (UCDC) that provided support to the historically Black Colleges and Universities of the Atlanta University Center. As Executive Director, he managed daily operations and developed and implemented plans to revitalize the communities that surrounded the Atlanta University campus. During his thirteen year tenure, he interacted with local community groups and the Neighborhood Planning Units (NPU), serving as liaison to government officials and agencies. Under his leadership UCDC constructed and rehabbed $10.6 million in single family housing and multi-family developments. Pete was responsible for land acquisition, design standards, financial pro-formas and construction management. In addition, Pete managed economic development initiatives, e.g., business recruitment, job creation and small business development for the residents of the communities around the Atlanta University Center area.

Over the course of his career, Pete worked as a consultant to DJ Miller and Associates providing management and technical assistance to SBA 8a minority contractors in an eight state region under the SBA 7J program, including the development of business plans, marketing plans and budget and financial strategies. He also assisted with the certification of minority business for participation in the MBE/WBE programs for Raleigh/Durham and Washington National Airports.

Pete’s civic affiliations include: Past President of The Atlanta Housing and Neighborhood Developers, BB&T Community Reinvestment Steering Committee, First Congregational Church Board of Trustees, First Church Community Development Corporation, Past Chair of the Fulton County Hospital authority and Past Co-Chair of the Neighborhood Planning Unit I. 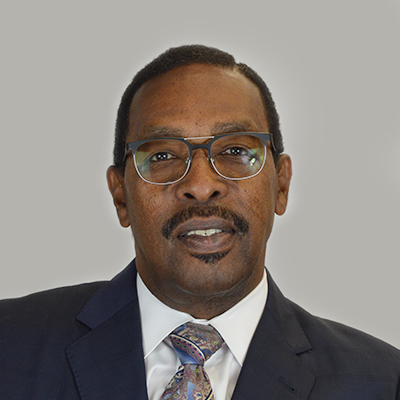 Robert Mosby joined McPherson Implementing Local Redevelopment Authority (Fort Mac LRA) in September 2015 and serves the Fort Mac Project in the planning and development of the former military base closed by the Federal Government in 2004, as its Senior Staff Accountant. Robert brings years of quality professional tax, bookkeeping, accounting and consulting services to the overall business community in this capacity by increasing net profits for the program and implementing critical processes and fraud analysis.

As the Principal member of The Mosby Accounting Group, he is adept at working with various industries, including non-profits by providing expert services to organizations throughout the United States. He has provided filing compliance with governmental agencies for business start-up services and is a Registered Tax Return Preparer with the Internal Revenue Service.

In 2004, Robert joined Acsys, Inc. in Atlanta, as a Senior Accountant whose primary client was The Weather Channel. He performed financial reporting, general ledger analysis and month end closings for this billion dollar operation and followed up with reviews to confirm overall results of government agency audits. Robert also worked for Acsys, Inc. as a Senior Accountant/Consultant/Auditor whose primary client was Advantage Talent. His outstanding responsibilities for this client included the provision of detailed reports for C-level executives, analyzation and preparation of detailed variance explanations for monthly financials, monthly analysis of the billion dollar operation, and among other duties, organized and reviewed personal, corporate, sales tax and property tax returns. He later joined Atlanta-based Martin, Harps, Syphoe and Company where he performed operational and financial SOX auditing at the $1B corporate level; executive follow-up reviews to confirm financial results of government agency audits, coordinated and monitored financial audits through reviews of the entire accounting cycle and evaluation capability and proficiency of internal controls.

Subsequently, Robert became a Senior Business Consultant for International Profit Associates (IPA) which is the largest privately-held business development company for small and medium-size businesses throughout North America. As a Turnaround Specialist for all facets of operations and financial reporting, Robert traveled independently, consulting with various industry types regarding sales, operations, human accountability, compliance and financial reporting to ensure efficient value added processes were implemented for continued increase in gross margin and reduced cost. This was accomplished through interviews with organization staff to assess and suggest strategic plans of action based on needs analysis and cost-benefits.

Robert is a Certified Fraud Examiner, a Registered Tax Return Preparer and a member of Omega Psi Phi Fraternity, Inc. 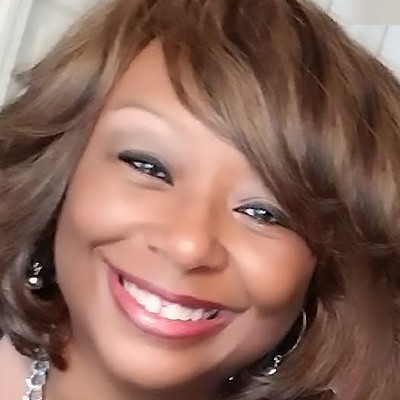 Cece Ross is the Asset and Property Manager for McPherson Implementing Local Redevelopment Authority (Fort Mac LRA). As the Asset and Property Manager for Fort Mac LRA, Cece keeps the property secure, the grounds maintained and the buildings operational, so they are available for lease. CeCe has been a RE ALTOR® at RE/MAX for over 15 years and has sold properties all over the Atlanta-Metropolitan area. She is an Associate Broker and a member of the Cobb County Board of Realtors and earned designations as a COPE and SFR.

Cece received a Bachelor of Science degree in Computer Information Systems from Xavier University of Louisiana and has held positions in Information Technology, Marketing, Sales and Account Management with major corporations including Delta Air Lines and Worldspan.

Cece is originally from Memphis, TN. She and her husband, Charles , have one daughter and live in Mablet on. 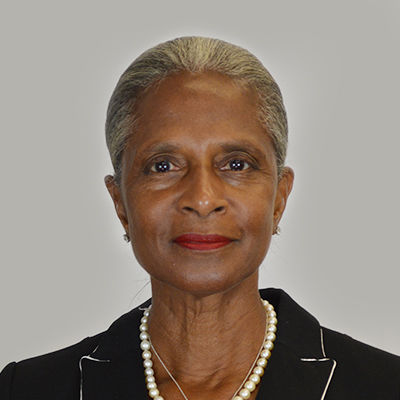 Sandra Tennyson is Executive Assistant to the Executive Director of Fort Mac LRA. She joined the Authority in April 2008. Some of her responsibilities include providing direct support to the executive director and providing confidential executive level coordinating support to Fort Mac LRA’s Board of Directors. She maintains the calendar for the executive director, prepares agendas, minutes and confidential material for board books. She manages and prioritizes multiple tasks, answers the phone, and arranges travel plans for the all managerial staff and board members.

Sandra earned her Bachelor of Arts from City College of New York and has earned several graduate credits from Georgia State University. 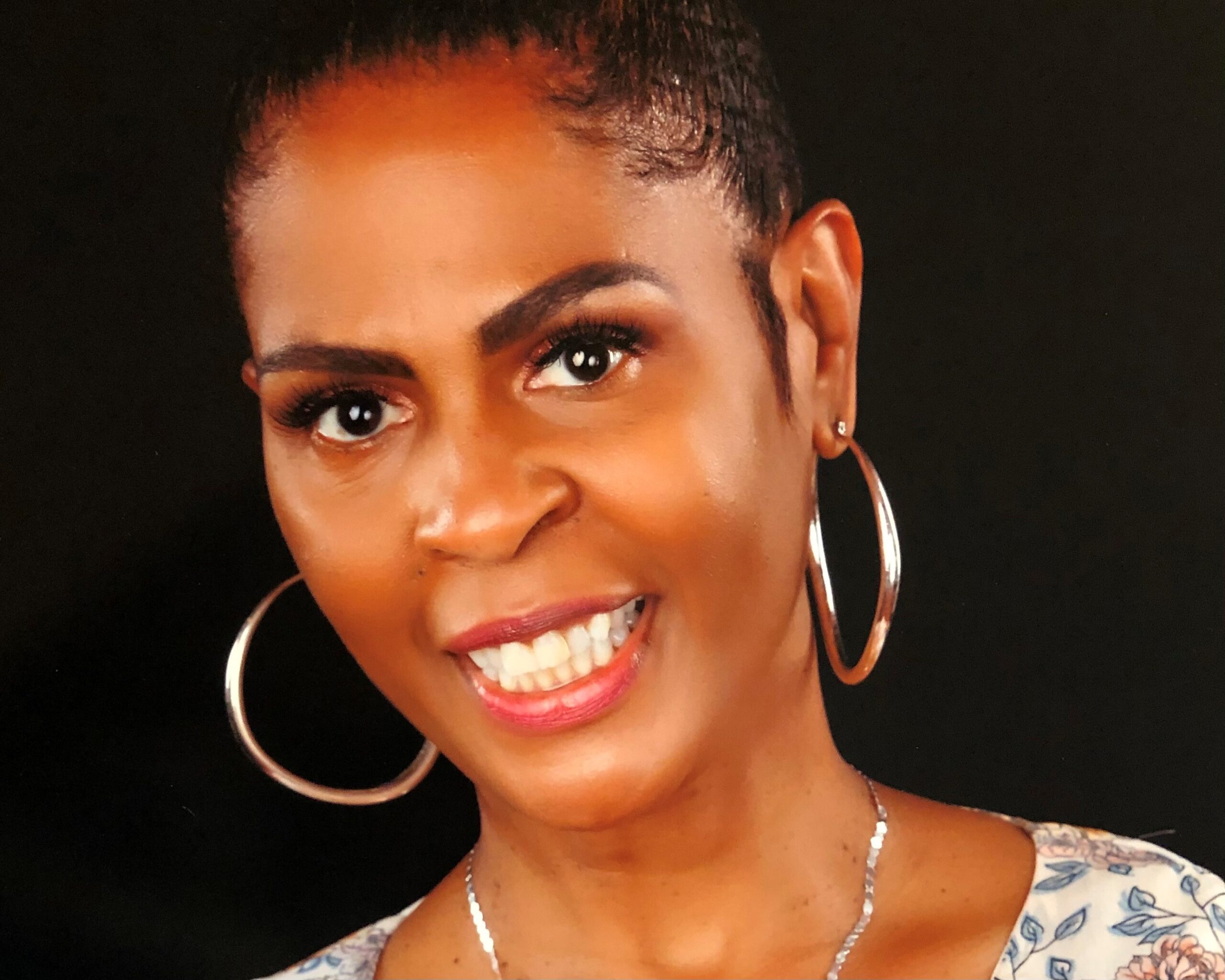 Upshaw is responsible for supporting the LRA team by organizing, coordinating and executing projects. Prior to joining the LRA team in March of 2018, she was the Project Coordinator for each of Mayor Keisha Lance Bottoms’ campaigns from 2004 through 2018. While in the Political arena, she also managed Political Call Centers. Tracey was a manager at American Tele Network for 10 years. She studied Early Childhood Development at Clayton State University and currently is a certified Fitness Instructor, Dance Leader at DFMI International and a member of the Women of Society (Cobb Chapter).

She has two children and lives in Hampton.